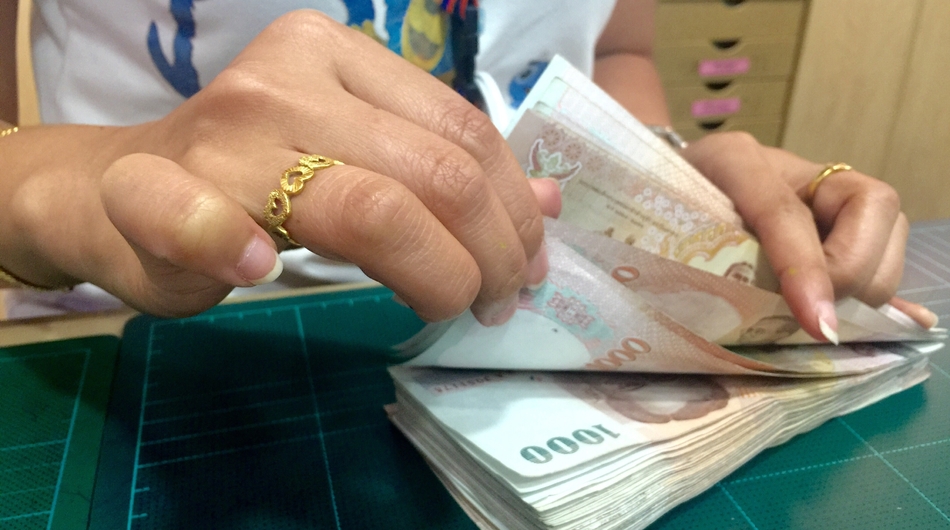 Online remittance startup Toast had a goal: it wanted to help migrant workers in Asia send money back home. This way, they wouldn’t have to deal with exorbitant remittance fees, queues at money transfer operator outlets, and long transfer times.

But that was just the beginning, as Toast co-founder and CEO Aaron Siwoku told me in October 2015, when the startup raised a seed round of US$850,000. “We’re building something that we hope one day can become a digital bank,” he said. “So the traction we’re building is not with users – it’s with regulators.”

Today, Toast announced it has raised a pre-series A round worth US$1.5 million. The round is led by Aetius Capital, the Singapore-based investment firm that also led Toast’s seed round. Other investors who joined include US venture capital fund 1776 and Australian financial services company Pepper Group.

The startup has managed to get remittance licenses in Singapore, Hong Kong, and the UK. It started operations in Hong Kong in March 2016 and is now processing around US$1 million per month in money transfers from Hong Kong to the Philippines, Aaron tells Tech in Asia.

The team hopes to double that after opening a physical store at Worldwide House, a Hong Kong hub for Filipino workers. By the end of the year, it hopes to start operating in Singapore as well, where it plans to open a store at Lucky Plaza, a mall that also serves as a meeting point for Filipinos in the city-state. These outlets are not necessary for customers to use the service but will be there as a point of human contact, to help with education and troubleshooting.

Toast allows users to send money using its mobile app. The process is faster and easier than using money transfer operators. The app authenticates the user’s identity for each transaction with the smartphone’s front-facing camera, comparing the image with the user’s picture it has on file.

The user can top up a digital wallet with money using widely available methods of payment, like Singapore’s contactless payment cards that can be topped up in places like 7/11 stores. They can then send the money back home for a flat fee of around US$4.

Banking for the unbanked

The funding will enable Toast to grow its product in Hong Kong and Singapore, acquire more users (Aaron doesn’t give out any numbers on that front), and add more countries to its service. Toast is looking at Indonesia as the likeliest next candidate, while considering countries like India, Pakistan, and Bangladesh.

More importantly, it wants to add new services for its users. “The plan for us is to evolve into a financial services platform for the unbanked,” Aaron says. So the startup will be looking to add a money-lending facility as its next feature. For example, it could allow a user to remit money they don’t have yet and allow them to pay it back over a period of time.

To offset the risk, the startup could start pre-approving users for lending services based on the data it has on its platform, like how much money that user sends and how often. It’s in talks with a non-bank lending provider in Hong Kong (it’s not specified which one) that caters to migrant workers, to combine their strengths. 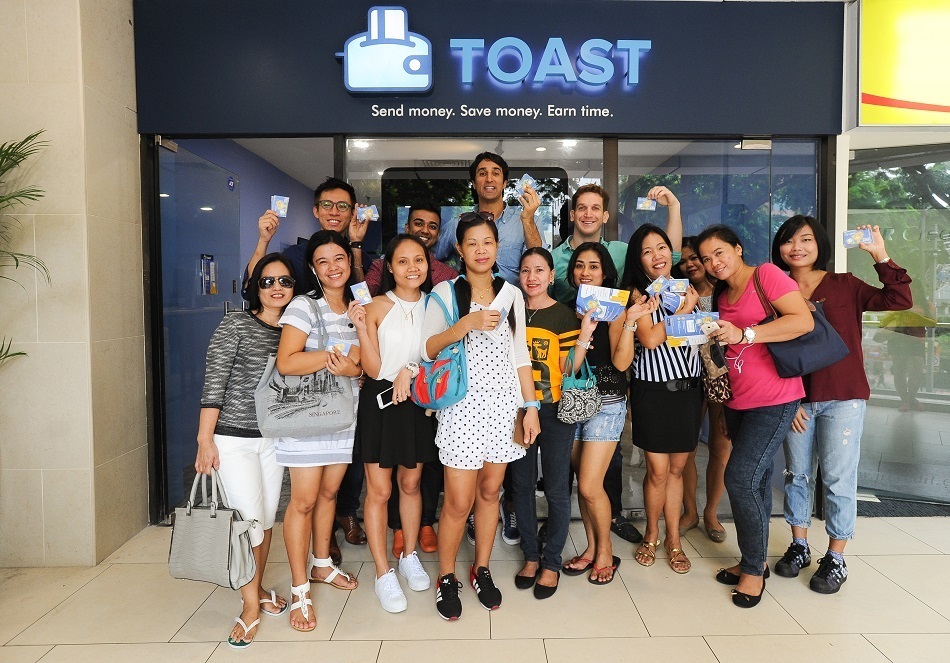 CEO Aaron Siwoku (back, middle) with the Toast team and some of the startup’s customers. Photo credit: Toast.

“We’re figuring out what data to crunch to decide who’s eligible for a loan,” Aaron says. The lending company decides whether to grant loans to workers by checking their employment contracts, which include information like their salary and home address.

The startup will be looking to add a money-lending facility.

However, Aaron says, it lacks data like how much money the worker is actually able to send back home, how much of the salary is tied up by things like existing informal loans, and so on. Toast claims to be able to obtain such data through its app and the close relationships it builds with its customers.

Back in 2015, Aaron told me he would give out his personal phone number so the first users of the app knew they had someone to contact when they had trouble with it. Turns out he did, and they did. “I’ve been getting so many WhatsApp messages in the past year, even late at night,” he laughs. It hasn’t done wonders for his social life, but he thinks it shows the team’s commitment.

“We really feel we rack our brains to understand our users, the problems on the ground,” Aaron says. He feels this offline component is a big part of what sets the company apart from competitors. “We’ve had huge regional companies who want to meet with us in Hong Kong – all they’re doing is asking us questions about everything. No matter how big they are, solving that problem is not easy.”

This post Online remittance startup Toast raises $1.5m to be a bank for migrant workers appeared first on Tech in Asia.

from Startups – Tech in Asia https://www.techinasia.com/toast-pre-series-a