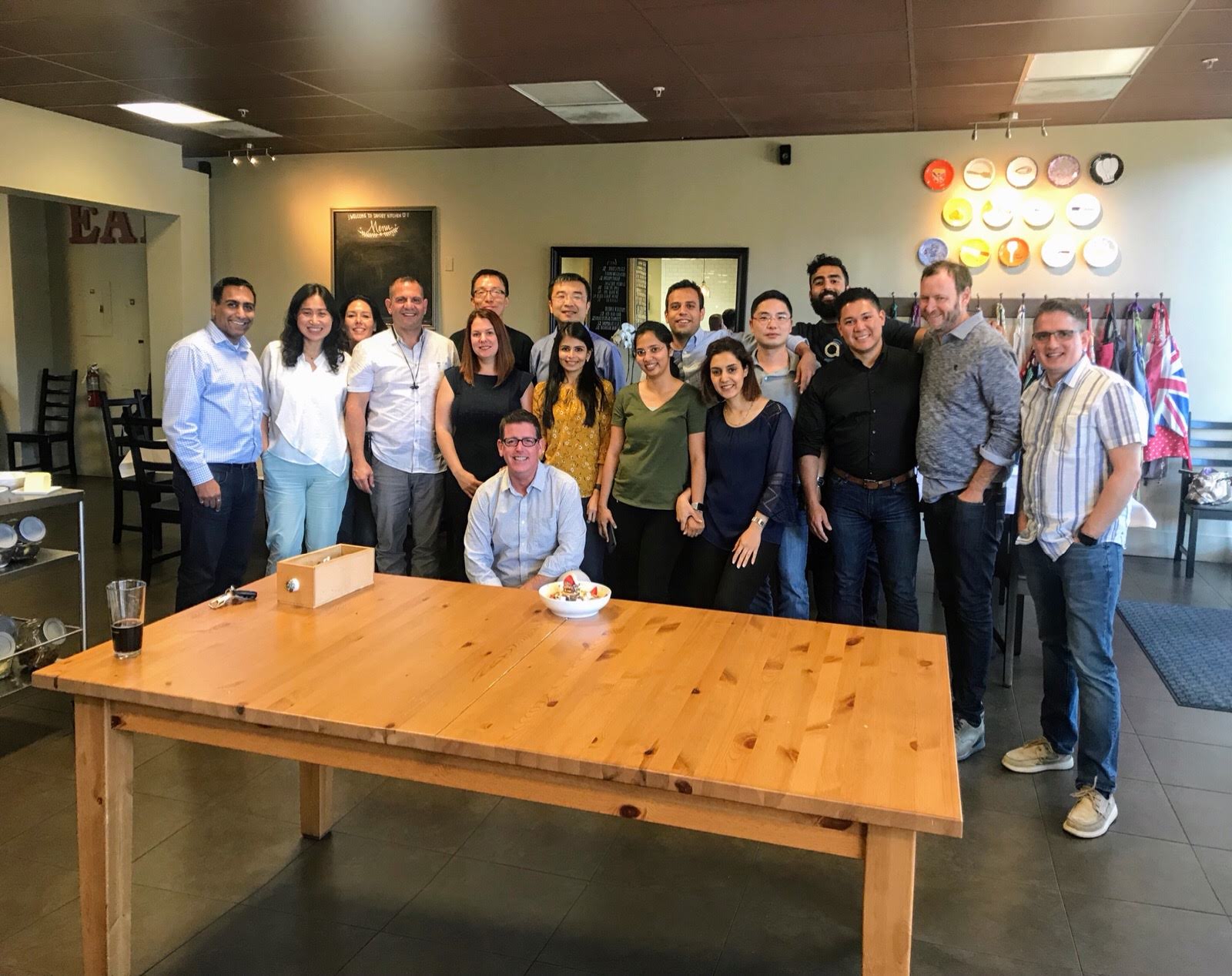 Part of Agora’s team. The cloud communications startup has offices in Santa Clara and Shanghai.

Agora, a developer of cloud communication APIs, will create products for new markets and verticals after raising a $70 million Series C led by Coatue Management. Existing investors SIG, Morningside Capital and Shunwei Capital also returned for the round, which brings Agora’s total funding so far to $125 million.

The startup’s APIs are used by customers, including The Meet Group, Xiaomi, Hike Messenger and Momo, to insert voice, video and group calling or broadcasting features into their apps. Agora claims it recently surpassed two billion installations of its SDKs and routes through its 200 distributed data centers around the world an average of 10 billion minutes of live communications each month.

The company is raising capital at a relatively fast pace to support its growth goals. Agora’s last funding announcement was made five months ago, when Agora said it had added a $30 million extension to its Series B, bringing that round to a total of $50 million.

The company was started in 2014 by CEO Tony Zhao, who was a founding engineer at online communication platform WebEx, acquired by Cisco in 2007, and former CTO of Chinese live-streaming video platform YY. Headquartered in Santa Clara, Calif., with offices in Shanghai, Agora is a relatively new entrant to a market that includes competitors like Twilio and Tokbox.

Agora’s core product is an SDK that enables developers to insert into their apps voice, video and group calling, as well as interactive broadcasting features, but it also recently added SDKs designed specifically for game developers and Facebook’s React Native framework.