Timehop is admitting that additional personal information was compromised in a data breach on July 4.

The company first acknowledged the breach on Sunday, saying that users’ names, email addresses and phone numbers had been compromised. Today it said it that additional information, including date of birth and gender, was also taken.

To understand what happened, and what Timehop is doing to fix things, I spoke to CEO Matt Raoul, COO Rick Webb and the security consultant that the company hired to manage its response. (The security consultant agreed to be interviewed on-the-record on the condition that they not be named.)

To be clear, Timehop isn’t saying that there was a separate breach of its data. Instead, the team has discovered that more data was taken in the already-announced incident.

Why didn’t they figure that out sooner? In an updated version of its report on the incident (which was also emailed to customers), the company put it simply: “Because we messed up.” It goes on:

In our enthusiasm to disclose all we knew, we quite simply made our announcement before we knew everything. With the benefit of staff who had been vacationing and unavailable during the first four days of the investigation, and a new senior engineering employee, as we examined the more comprehensive audit on Monday of the actual database tables that were stolen it became clear that there was more information in the tables than we had originally disclosed. This was precisely why we had stated repeatedly that the investigation was continuing and that we would update with more information as soon as it became available.

In both the email and my interviews, the Timehop team noted that the service does not have any financial information from users, nor does it do the kinds of detailed behavioral tracking that you might expect from an ad-supported service. The team also emphasized that users’ “memories” — namely, the older social media posts that people use Timehop to rediscover — were not compromised.

How can they be sure, particularly since some of the compromised data was overlooked in the initial announcement? Well, the breach affected one particular database, while the memories are stored separately.

“That stuff is what we cared about, that stuff was protected,” Webb said. The challenge is, “We have to make a mental note to think about everything else.” 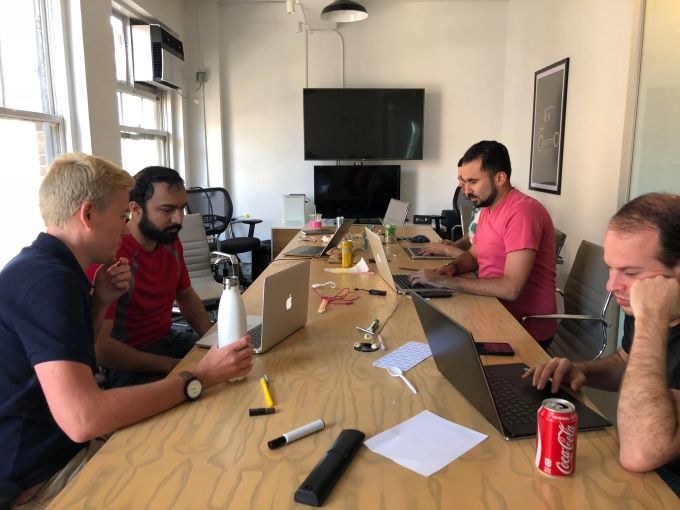 The breach occurred when someone accessed a database in Timehop’s cloud infrastructure that that was not protected by two-factor authentication, though Raoul insisted that the company was already using two-factor quite broadly — it’s just that this “fell through the cracks”

It’s also worth noting that while 21 million accounts were affected, Timehop had varying amounts of data about different users. For example, it says that 18.6 million email addresses were compromised (down from the “up to 21 million” addresses first reported), compared to 15.5 million dates of birth. In total, the company says 3.3 million records were compromised that included names, email addresses, phone numbers and DOBs.

None of those things may seem terribly sensitive (anyone with a copy of my business card and access to Google could probably get that information about me), but the security consultant acknowledged that in the “very, very small percentage” of cases where the records included full names, email addresses, phone numbers and DOBs, “identity theft becomes more likely,” and they suggested that users take standard steps to protect themselves, including password-protecting their phones.

Meanwhile, the company says that it worked with the social media platforms to detect activity using the authorization tokens that were also compromised, and it has not found anything suspicious. At this point, all of the tokens have been de-authorized (requiring users to re-authorize all of their accounts), so it shouldn’t be an ongoing issue.

As for other steps Timehop is taking to prevent future breaches, the security consultant told me the company is already in the process of ensuring that two-factor authentication is adopted across the board and encrypting its databases, as well as improving the process of deploying code to address security issues.

In addition, the company has shared the IP addresses used in the attack with law enforcement, and it will be sharing its “indicators of compromise” with partners in the security community.

Everyone acknowledged that Timehop made real mistakes, both in its security and in the initial communication with customers. (As the consultant put it, “They made a schoolboy msitake by not doing two-factor authentication.”) However, they also suggested that their response was guided, in part, by the accelerated disclosure timeline required by Europe’s GDPR regulations.

The security consultant told me, “We haven’t had the time fine-toothed comb kinds of things normally want to do,” like an in-depth forensic analysis. Those things will happen, they said — but thanks to GDPR, the company needed to make the announcement before it had all the information.

And overall, the consultant said he’s been impressed by Timehop’s response.

“I think it really says a lot to their integrity that they decided to go fully public the second they knew it as a breach,” he said. “I want to point out these guys repsonded within 24 hours with a full-on incident response and secured their environments. That’s better than so many companies.”