Nationwide, 62 percent of the jail population accounts for people who can’t afford bail, according to the Vera Institute of Justice. A lot of these incarcerated individuals are behind bars because they committed crimes at the misdemeanor level or lower. This is a significant statistic from a human rights perspective, as well as an economic one. It costs about $38 million a day to keep these largely nonviolent people behind bars, according to the Pretrial Justice Institute.

This is where Promise, a de-carceration startup that just raised a $3 million round led by First Round Capital with participation from Jay-Z’s Roc Nation, 8VC and Kapor Capital, comes in. Last Father’s Day, Jay-Z penned an op-ed about the bail industry and pre-trial incarceration. He noted how every year, $9 billion is wasted incarcerating people who have not been convicted of crimes.

“We are increasingly alarmed by the injustice in our criminal justice system,” Jay-Z said in a statement. “Money, time and lives are wasted with the current policies. It’s time for an innovative and progressive technology that offers sustainable solutions to tough problems. Promise’s team, led by co-founder and CEO Phaedra Ellis-Lamkins, is building an app that can help provide ‘liberty and justice for all’ to millions.”

Promise, which is part of Y Combinator’s current batch of startups, offers counties and local governments an alternative to holding low-risk people behind bars simply because they can’t afford bail.

For each participant, Promise provides counties with a comprehensive intake procedure and then sets up each participant with a care plan specific to them. Promise will then monitor and support participants by helping them ensure they know when they’re supposed to appear in court, and remind them of obligations like drug testing or substance abuse treatment needed. The app also provides participants with job training, housing, counseling and referrals.

And many of these people are brown or black. Last year, when Senators Kamala Harris and Rand Paul introduced a bail reform bill, the Pretrial Integrity and Safety Act, they wrote in an op-ed how black and Latinx people are more likely to be detained before trial and less likely able to pay for bail. Senators Harris and Paul pointed to how black and Latino men pay 35 percent and 19 percent higher bail, respectively, than white men. 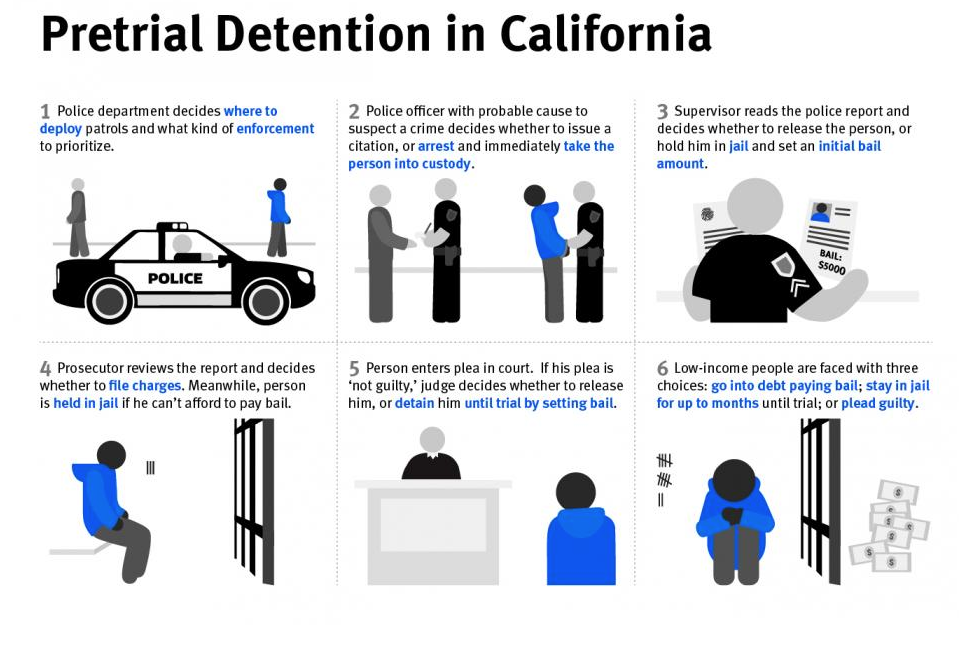 With Promise, Ellis-Lamkins and her team are using technology to try to create a system that works better for everyone, she said. Instead of a county paying to incarcerate someone simply because they can’t afford to post bail, they can use Promise to monitor compliance with court orders and better keep tabs on people via the app and, if needed, GPS monitoring devices. Counties, courts, case managers and other stakeholders can also access progress reports of individuals to monitor compliance.

Already, Promise is onboarding one county this week and is in talks with another three counties. Instead of a county jail paying $190 per day per person, Ellis-Lamkins said, Promise charges counties just $17 per person per day.

“Our system is built on reducing recidivism,” Ellis-Lamkins said. “Our ideal outcome is the person gets a job, does not reoffend and does not continue in the system.”