Robinhood, the zero-fee stock trading app and cryptocurrency exchange is bringing on a former Amazon finance exec to help the company prepare for an eventual public debut. 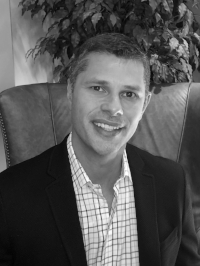 The startup has hired Jason Warnick, a former exec at Amazon who was with the company for nearly 20 years, most recently serving as the commerce giant’s VP of Finance. Warnick has worn many hats inside the Seattle company’s finance departments, with positions touching operations, internal audit, investor relations and risk management. In his most recent role, Warnick also served as the Chief of Staff to Amazon CFO Brian Olsavsky.

At TechCrunch Disrupt SF earlier this fall, Robinhood CEO Baiju Bhatt told us that the startup was eying a public offering but wouldn’t be doing so in the “immediate term.” At the event, Bhatt also revealed that the company was searching for a CFO to help the highly-valued startup prep for an IPO.

Warnick’s wide range of financial admin expertise will undoubtedly be helpful to the five-year-old Robinhood which has grown to be one of the most valuable venture-backed startups. The fast-growing startup has raised over a half-billion dollars and earned a $5.6 billion valuation in its latest fundraise.

“We’re incredibly lucky to have Jason join our leadership team,” Robinhood co-CEO Vlad Tenev said in a statement. “We look forward to working with Jason to build out our operational and financial infrastructure and continuing to deliver the best possible financial products to our customers at the best possible prices.”

Warnick is just the latest in a line of Amazon execs fleeing the company for CFO roles at highly-valued startups. Yesterday, Pinterest hired Dave Stephenson as its new chief financial officer. A few weeks ago, Zillow hired Allen Parker — another Amazon finance VP — to its CFO role.