Seemingly every industry is finding ways to use drones in some way or another, but deep underground it’s a different story. In the confines of a mine or pipeline, with no GPS and little or no light, off-the-shelf drones are helpless — but an Australian startup called Emesent is giving them the spatial awareness and intelligence to navigate and map those spaces autonomously.

Drones that work underground or in areas otherwise inaccessible by GPS and other common navigation techniques are being made possible by a confluence of technology and computing power, explained Emesent CEO and co-founder Stefan Hrabar. The work they would take over from people is the epitome of “dull, dirty, and dangerous” — the trifecta for automation.

The mining industry is undoubtedly the most interested in this sort of thing; mining is necessarily a very systematic process and one that involves repeated measurements of areas being blasted, cleared, and so on. Frequently these measurements must be made manually and painstakingly in dangerous circumstances.

One mining technique has ore being blasted from the vertical space between two tunnels; the resulting cavities, called “stopes,” have to be inspected regularly to watch for problems and note progress.

“The way they scan these stopes is pretty archaic,” said Hrabar. “These voids can be huge, like 40-50 meters horizontally. They have to go to the edge of this dangerous underground cliff and sort of poke this stick out into it and try to get a scan. It’s very sparse information and from only one point of view, there’s a lot of missing data.”

Emesent’s solution, Hovermap, involves equipping a standard DJI drone with a powerful lidar sensor and a powerful onboard computing rig that performs simultaneous location and mapping (SLAM) work fast enough that the craft can fly using it. You put it down near the stope and it takes off and does its thing.

“The surveyors aren’t at risk and the data is orders of magnitude better. Everything is running onboard the drone in real time for path planning — that’s our core IP,” Hrabar said. “The dev team’s background is in drone autonomy, collision avoidance, terrain following — basically the drone sensing its environment and doing the right thing.”

As you can see in the video below, the drone can pilot itself through horizontal tunnels (imagine cave systems or transportation infrastructure) or vertical ones (stopes and sinkholes), slowly working its way along and returning minutes later with the data necessary to build a highly detailed map. I don’t know about you, but if I could send a drone ahead into the inky darkness to check for pits and other scary features, I wouldn’t think twice.

The idea is to sell the whole stack to mining companies as a plug-and-play solution, but work on commercializing the SLAM software separately for those who want to license and customize it. A data play is also in the works, naturally:

“At the end of the day, mining companies don’t want a point cloud, they want a report. So it’s not just collecting the data but doing the analytics as well,” said Hrabar.

Emesent emerged from the Commonwealth Scientific and Industrial Research Organisation, or CSIRO, an Australian agency not unlike our national lab system. Hrabar worked there for over a decade on various autonomy projects, and three years ago started on what would become this company, eventually passing through the agency’s “ON” internal business accelerator. 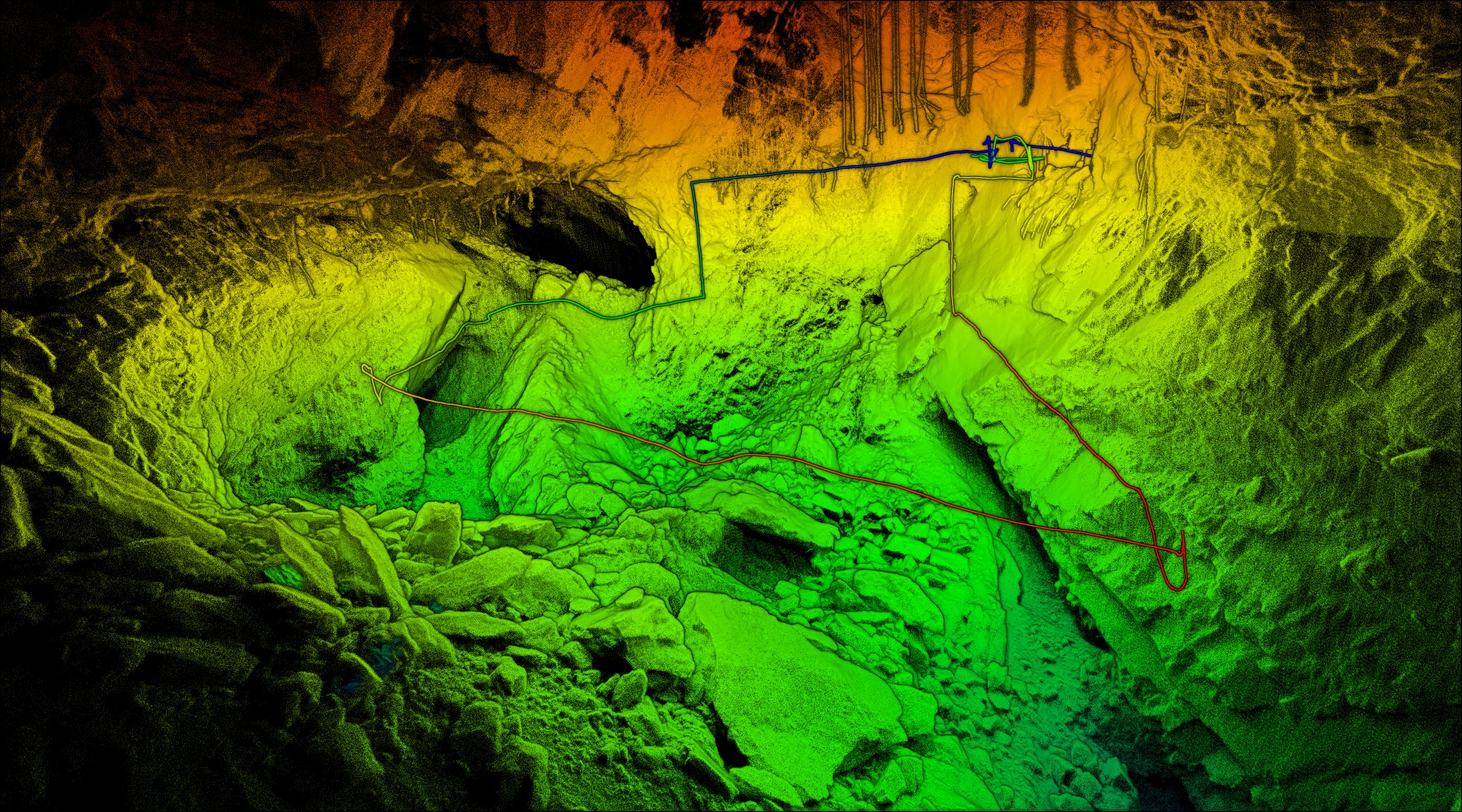 Data collected from a pass through a cave system.

“Just last week, actually, is when we left the building,” Hrabar noted. “We’ve raised the funding we need for 18 months of runway with no revenue. We really are already generating revenue, though.”

The $3.5 million (Australian) round comes largely from a new $200M CSIRO Innovation fund managed by Main Sequence Ventures. Hrabar suggested that another round might be warranted in a year or two when the company decides to scale and expand into other verticals.

DARPA will be making its own contribution after a fashion through its Subterranean Challenge, should (as seemly likely) Emesent achieve success in it. Hrabar was confident. “It’s pretty fortuitous,” he said. “We’ve been doing underground autonomy for years, and then DARPA announces this challenge on exactly what we’re doing.”

We’ll be covering the challenge and its participants separately. You can read more about Emesent at its website.