Creator’s transparent burger robot doesn’t grind your brisket and chuck steak into a gourmet patty until you order it. That’s just one way this startup, formerly known as Momentum Machines, wants to serve the world’s freshest cheesebuger for just $6. On June 27th, after 8 years in development, Creator opens its first robot restaurant. We got a sneak peek…err…taste.

When I ask how a startup launching one eatery at a time could become a $10 billion company, Creator co-founder and CEO Alex Vardakostas looks me dead in the eye and says “the market is much bigger than that.”

Here’s how Creator’s burger-cooking bot works at its 680 Folsom St location in San Francisco. Once you order your burger style through a human concierge on a tablet, a compressed air tube pushes a baked-that-day bun into an elevator on the right. It’s sawwed in half by a vibrating knife before being toasted and buttered as its lowered to conveyor belt. Sauces measured by the milliliter and spices by the gram are automatically squirted onto the bun. Whole pickles, tomatoes, onions, and blocks of nice cheese get slices shaved off just a second before they’re dropped on top.

Meanwhile, the robot grinds hormone-free, pasture-raised brisket and chuck steak to order. But rather than mash them all up, the strands of meat hang vertically and are lightly pressed together. They form a loose but auto-griddleable patty that’s then plopped onto the bun before the whole package slides out of the machine after a total time of about five minutes. The idea is that when you bite into the burger, your teeth align with the vertical strands so instead of requiring harsh chewing it almost melts in your mouth.

The startup’s initial burger options include the classic-style Creator vs. The World with a mole Thousand Island special sauce, the oyster aioli Tumami Burger designed by Chef Tu of Top Chef, The Smoky with charred onion jam, and the sunflower seed tahini Dad Burger from Chef Nick Balla of Bar Tartine.

The taste of each is pretty remarkable. The flavor pops out of all the fresh cut and ground ingredients that lack the preservatives of pre-sliced stuff. The patties hold together as you munch despite being exceedingly tender. And afterwards I felt less of the greasy, gut-bomb, food coma vibe that typically accompanies scarfing down a cheeseburger.

“This is the kind of burger you would get for $12 to $18 [at an upscale restaurant], and it’s $6” says Vardakostas. It might not be the best burger I’ve had in my life, but it’s certainly the best at that price. A lot of that comes from the savings on labor and kitchen space afforded by a robot cook. “We spend more on our ingredients than any other burger restaurant.”

The CEO wouldn’t reveal how much Creator has raised, but says it’s backed by Google’s GV, frequent food startup investor Khosla Ventures, and hardware-focused Root Ventures. However, SEC filings attained by TechCrunch show the startup raised at least $18.3 million in 2017, and sought $6 million more back in 2013.

It’s understandable why. “McDonalds is a $140 billion company. It’s bigger than GM and Tesla combined. McDonalds has 40,000 restaurants. Food is one to the top three biggest markets” Vardakostas rattles off. “But we have a lot of advantages. The average reastaurant is 50 percent bigger in terms of square footage.” Then he motions to his big robot that’s a lot smaller than the backside of most fast-food restauants, and with a smile says “That’s our kitchen. You roll it in and plug it in.”

From Flipping Patties To Studying Physics 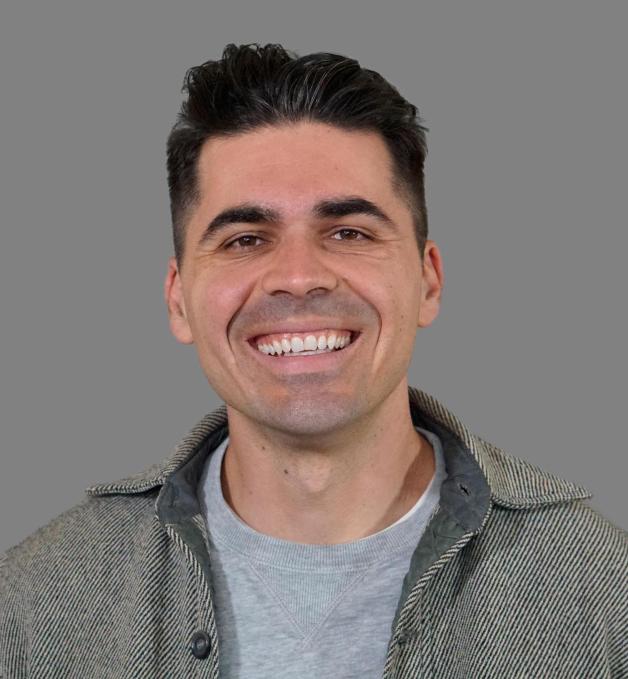 What you want in a founder is a superhero origin story. Some formative moment in their life that makes them hellbent on solving a problem. Vardakostas has a pretty convincing tale. “My parents have a burger joint” he reveals. “My job was to make several hundred of the same burger every day. You realize there’s so much opportunity not taken because you don’t have the right tools, and it’s hard work.”

Robots and engineering weren’t even on his radar growing up in the restaurant in southern California. Then, “when I was 15 my dad took me to a book store for the first time. I started reading about physics and realizing that this could be a possibility.” He went on to study physics at UC Santa Barbara, got to work in the garage, and finally drove up to Silicon Valley to machine the first robot prototype’s parts at the famous Silicon Valley TechShop.

That’s when he met his co-founder and COO Steve Frehn. “Steve told me he was from Stanford and I was super intimidated” Vardakostas recalls. But the two had a great working rapport, and a knack for recruiting budding mechanical engineers from the college. Momentum Machines started in 2009, was a full-time garage project by 2010, incorporated and joined Lemnos Labs in 2012, and the startup began to make serious progress by 2014. 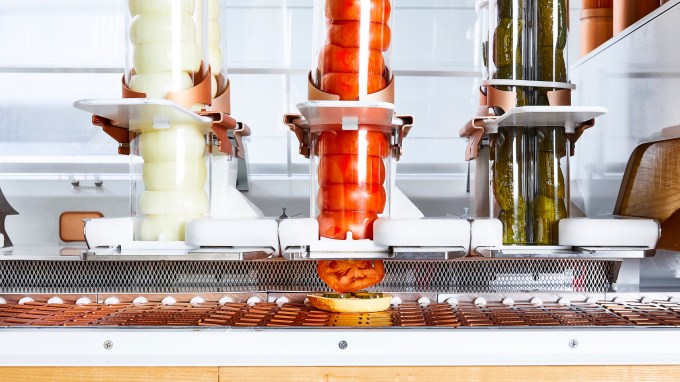 In the meantime, other entrepreneurs have tried to find a business in food robots. There was the now-defunct Y Combinator startup Bistrobot that haphazardly spurted liquid peanut butter and Nutella on white bread and called it a sandwich. More recently, Miso Robotics’ burger-flipping arm named Flippy made headlines, even though all it does is flip and cook patties on a traditional griddle. “We have an arm that pulls out the burgers, but that’s probably 5 percent of the complexity” of the full Creator robot run by 350 sensors, 50 actuators, and 20 computers, Vardakostas scoffs.

The CEO’s past in the kitchen keeps Creator in touch with the human element. He tells me he thinks the idea of a staff-less restaurant where you order on a computer sounds “dystopian”. In fact, he wants to give his food service employees access to new careers. Vardakostas says with a sigh that “people look at restaurant work as a charity case, but man, we just need a chance.” Referring to the old Google policy of letting employees try out side projects, he explains how “Tech companies get 10 percent time but no one does that for restaurant workers.” 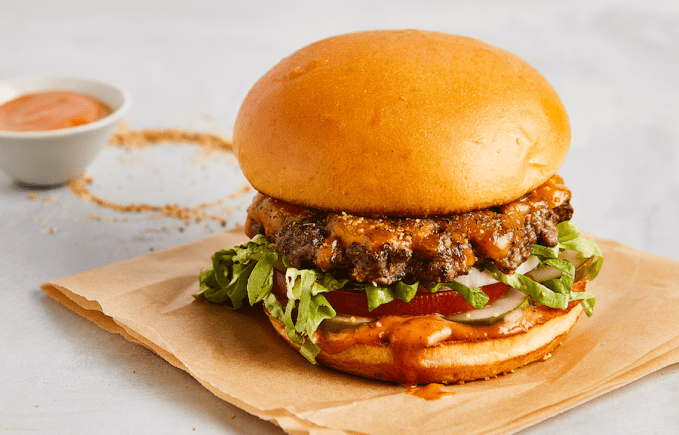 “Something we got really excited about in 2012 and we’re just starting to excute on is reinventing the job of working in a store like this, where the machine it taking care of the dirty and dangerous work” his co-founder Frehn explains. “We’re playing around with education programs for the staff. 5 percent of the time they’re paid just to read. We’re already doing that. There’s a book budget. We’re paying $16 an hour. As opportunities come up to fix the machine, there’s a path we’re going to offer people as repair or maintenance people to get paid even more.” 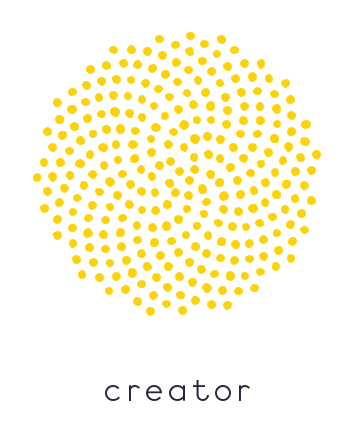 One tradition Creator couldn’t escape was french fries. Vardakostas says they’re basically the least healthy thing you can eat, noting they’re “worse than donuts because there’s more surface area exposed to the frier.” But chefs told him some people simply wouldn’t eat a burger without them. Creator’s compromise is that burgers are paired with hearty miniature farro or seasonal veggie salads by default, but you can still opt for a side of frites.

Creator’s fate won’t just be determined by the burger robot and the people that work alongside it. The startup will have to prove to fast food diners that it can be just as quick and cheap but a lot tastier, and that they’re welcome amongst the restaurant’s bougie Pottery Barn decor. At the same time, it must convince more affluent eaters that a cafeteria-style ordering counter and low price don’t mean low quality.

For now, Creator won’t be licensing out its bot or franchising its restaurant, though those could be lucrative. “I don’t want someone putting frozen beef in there or charging way more” says Vardakostas. Instead, the goal is to methodically expand, and maybe take advantage of its petite footprint to move into airport terminals or bus stations. “We want to get out of San Francisco” Frehn confidently concludes. “Our business model is pretty simple. We take a really good burger that people like and sell it for half the price.”